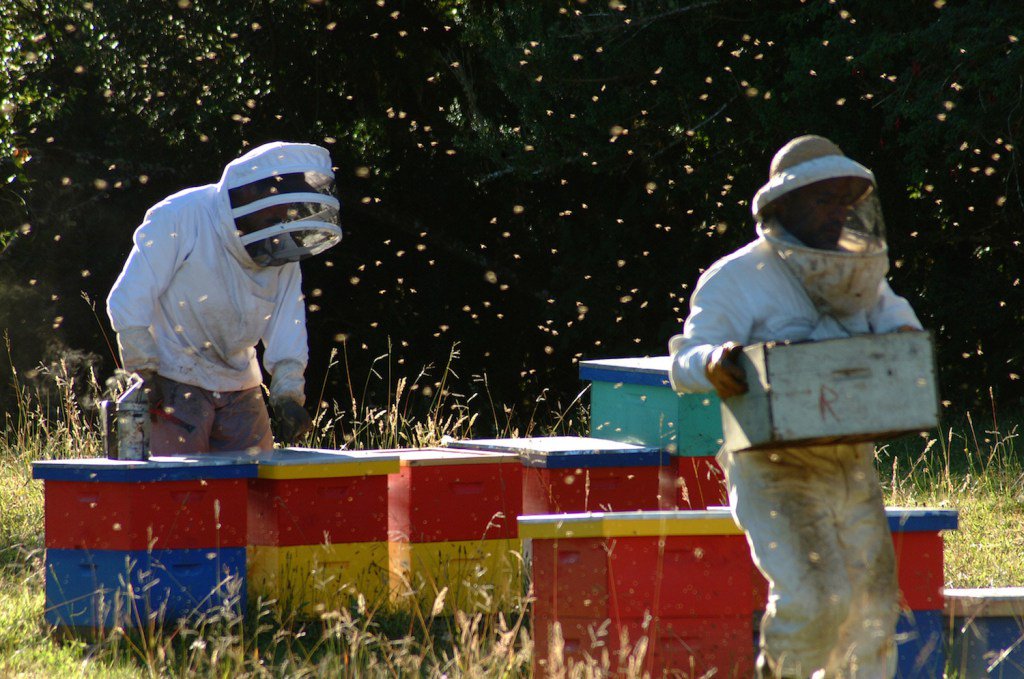 Under different circumstances Chino Henriquez would be described as a natural leader; however, this would conflict with the ethos of the co-operative of which he is General Manager. Instead, Chino sees himself as a cog in a system, incapable of completing his work without his team to back him up.

Founder of the Chilean honey and blueberry co-operative Apicoop, located in the city of Paillaco, Chino has steered the organization through some life-changing challenges, like diversification from honey into blueberries and even natural disaster. Recently Calbuco volcano erupted and wiped out a substantial amount of their crop, and could have been fatal to so many of the bees they so lovingly nurture. Sadly this latest natural disaster is not an isolated incident; Apicoop workers face constant adversity with frequent earthquakes and volcanic eruptions.

Hardships For Agriculture In Chile

Chino faces these hardships head on, explaining that it’s simply part of local life. Yes, they lost 5,000 hives in the disaster. The fact that they’re a co-operative, though, means they don’t just rely on one area for production.

With 28 permanent employees and 400 seasonal blueberry pickers to oversee, there is no time for sadness or hesitancy. Instead, Chino notes a need for hard work and perseverance to get things back in order. First of all, he asks co-op members in turmoil how he can help so they don’t feel alone. No matter the loss — bees, hives, honey — the co-op creates a plan for rejuvenation. Chino found one solution was to pay beekeepers in advance for the next year’s crop.

“They belong to a family,” Chino says. “There is no need for them to feel alone.”

To be honest, the whole “creating a plan” aspect wasn’t so easy during the recent volcanic eruption. Within four hours the hives and surrounding landscape were covered in hot ash. Amazingly, though, the hives that were dug out still had living bees.

Chino believes the miracle has to with the ash, explaining, “It was like a stack of small marbles. This meant there was air between one marble and another, so no lack of oxygen. If the ash had been denser they wouldn’t have survived.”

The hives were moved to a neighboring area and are now fully recovered, though it will take far longer for the landscape to return to its former state — 10 years at the very least. Sure, in a couple of centuries that area will be highly fertile again; but in the short term Chino and his team will focus on getting trees growing again. 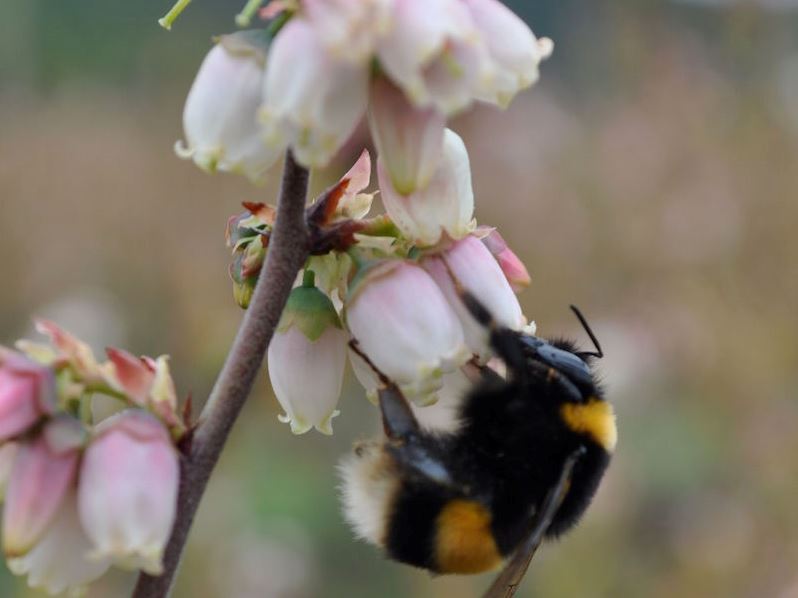 Apicoop farmers diversified into blueberry production almost a decade ago, financed by a UK organization called Shared Interest. Another loan followed to buy machinery to help with packaging.

And Chino’s dreams don’t just stop there. Along with honey and blueberries, he wants a brand new purpose-built facility stretching over 4,000 square meters. Designed by the workers themselves, Chino explains how it has been a labor of love.

“Everybody in the co-op had a say in this project; every single department was consulted in the design of the building which is due to open in October 2017.”

In the meantime, Chino is keen to let Shared Interest investors in the UK know their support really is changing lives. He concludes, “Please do trust that you are directly supporting development in different parts of the world, in areas that need it even more than ours. After all, the dreams of an entire community may never see fruition just because of a lack of funds. Thanks to Shared Interest, we can work together to create livelihoods and make dreams a reality all over the world.” 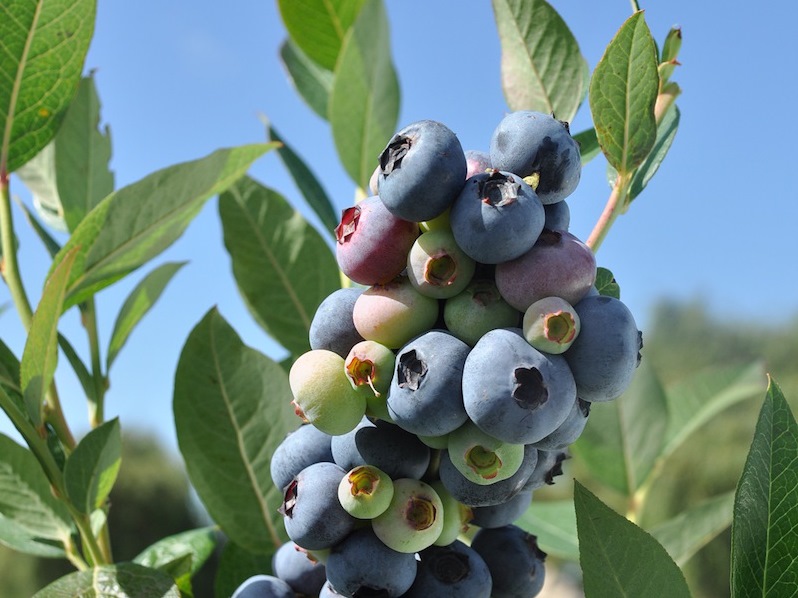 If you live in the United Kingdom and would like to become an investor in Shared Interest, please click here to find out more.

Want to learn more about the life of a beekeeper and blueberry farmer? You can visit Chino’s community on our Meet the People Tour to Chile

Highlights of the tour include:
– A glass of local beer in Valdivia made with honey from Apicoop.
– A tour of Santiago giving insight into General Pinochet’s regime.
– Heading to the district of Paillaco to see Apicoop again, this time to learn about their production of blueberries, which can be found in Traidcraft’s GeoBars. You will spend a little time hearing about the organization of the co-operative before meeting some of the workers who process Apicoop’s blueberries.

It’s a cultural experience not to be missed, especially as it benefits the community you’re visiting. 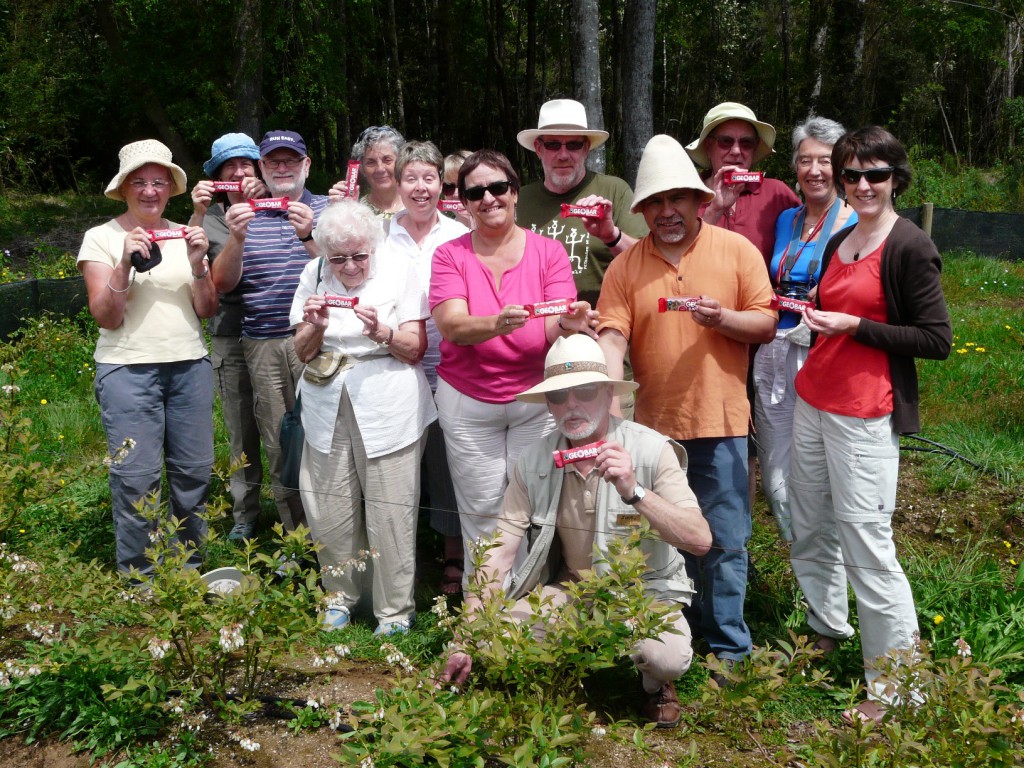